1997
This extensive remodeling was of a raised ground floor apartment in a converted Victorian building.  The sequence of rooms was conceived off a spine that opened into a large double-height dual-aspect reception, which was originally the ballroom of the building.  The garden was also created as an extension of the spaces without walls to be regarded from the rear French windows.
Photography:  Henry Wilson 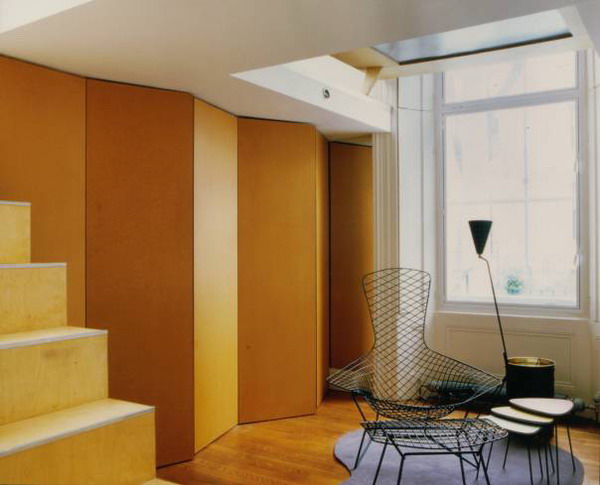 1997
complete refurbishment and redecoration of an apartment
Photography: cliff tan